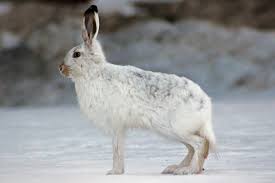 What's in a Rock?

Why should we Fear?

The Wind-Maker Spirit, one of more than 30 paired masks dreamed by a shaman from the Kuskokwin River area around 1900.  In this mask we see paired tubes, representing the winter and summer winds, slender danglers, representing the air bubbles rising from submerged seals, and the concentric circles are the different levels of the Inuit cosmos.

Walrus and Raven Spirits (26" and 23" respectively).  Appeared to a shaman in his dreams and used to ceremony to respect these animals and seek a "good hunt."  Walrus Spirit helps guide the walrus and other sea mammals to the hunters, but only when he is pleased with proper human behavior.  The Raven is the understood as one of the Creators and Culture Heroes, both a benefactor and buffoon, and is closely associated with the whale hunt.

Oonark, Shaman in Flight, ca. 1970.  colored and graphite pencil drawing.  When some of the young school children were telling their elders that NASA had landed men on the moon, the old people said, "oh, that's nothing, my uncle went to the moon lots of times."

The notion of spirit flight is long established in Inuit culture.   In this 19th century amulet from Pribiloff Island we see the theme of transformation, both of flight into the heavens as a bird and descent to the bottom of the seas as a seal.  With his arms outstretched, the figure thus has wings, while is feet are merged with the head of a seal.  His internal essence is revealed, thus focusing on the spiritual dimension of his being, with ivory ribs showing and interior painted vermilion.

The Living Stone (32 min., this 1958 National Film Board of Canada classic illustrates key Indigenous cultural values, told in story format; go to 5:00 and 20:30 of this YouTube)

You will need to access this music through a RealPlayer.